NEW DELHI: Prime Minister Narendra Modi announced “Project Dolphin” on the lines of Project Tiger and Project Elephant. Addressing the nation from the ramparts of the Red Fort on August 15 2020 he said the project dolphin will “strengthen biodiversity, create employment opportunities and attract tourism”.

As Tiger is to Forest, Dolphin is to River

SAVE DOLPHIN, SAVE MA GANGA

The endangered Ganges River Dolphin (Platanista gangetica), is popularly known as Souns in Hindi. It was once present in tens of thousands in the Ganga River and its tributaries. It has dwindled to less than 2000 owing to direct killing, habitat fragmentation by constructing dams and barrages to divert Ganga water for irrigation and generating electricity, indiscriminate fishing and pollution of the rivers.

The Ganges River Dolphin is listed in the schedule I of the Indian Wildlife (Protection Act, 1972. The World Conservation Union (IUCN) categorized it as the critically ‘endangered species’ in 1996.

The Ganges River Dolphin looks like a fish but is actually an aquatic mammal. Its istinctive feature is its long projecting snout. It is about 2 to 2.70 meter long and weighs about 100 to 150 kilograms. It is dark brown in colour. It is blind but very sensitive to sound and moves around and prey fishes on the basis of sound under water.  Every 1-2 minutes it comes to surface for breathing.

In 1991, the Government of Bihar designated a 50 KM segment of Ganga River between Sultanganj and Kahalgaon as Vikramshila Gangetic Dolphin Sanctuary (VGDS) to protect the dolphin in this sector of the Ganga.

In January 2014 the Bhagalpur Water Supply Project Report was prepared by ICF GHK Consultants with the support of Asian Development Bank*. It envisaged to use surface water source of river Ganga flowing along northern boundary of the Bhagalpur town and also to abstract water from the river through a pair of intake wells sunk in the river bed at about 100 meter inside from the bank. Digging and pumping operations would cause noise that may further endanger dolphin. To mitigate the noise and to reduce pollution due to city sewerages flowing into the Ganges in range of Vikramshila Gangetic Dolphin Sanctuary stretching over 25 km upstream to 25 km downstream of the town, engineering solutions were planned. 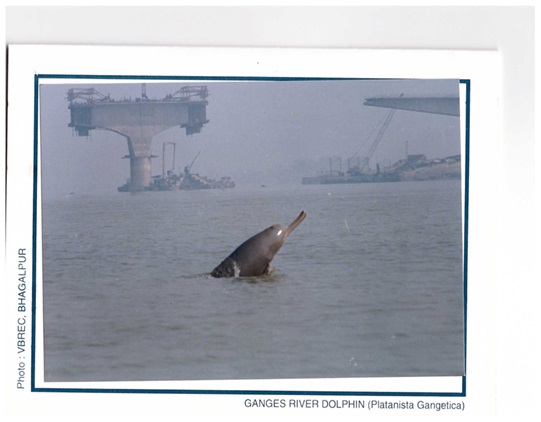 Among many tasks and recommendations, it was suggested in the report that a Dolphin Park close to the site of new Bhagalpur Water System be built under Public Private Partnership as the major attraction and landmark of Bhagalpur town where people come for outings and relaxations. The Dolphin Park should be well endowed with information and education resources on Dolphin, wildlife and biodiversity at VGDS, and Bhagalpur area. The proposed Dolphin Park would be the distinct land mark of the Bhagalpur city. 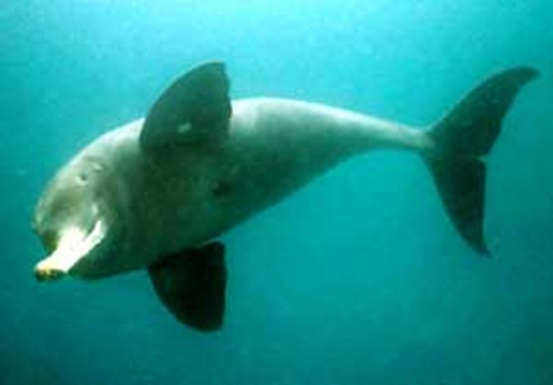 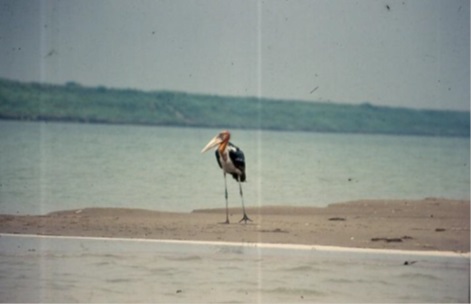 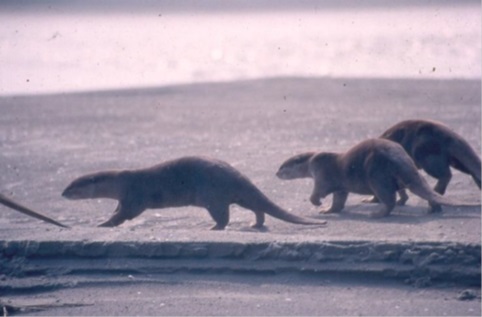 Since then not much was done on that “Environment Impact Assessment Report”. It is the mention of conservation of Dolphin by the Prime Minister from the Ramparts of the Red Fort on15 August 2020 that has stirred the Government into action.

However, the absence of a coordinated conservation plan, lack of awareness and continuing anthropogenic pressure are posing and will continue to pose an incessant threat to the existing Dolphin population. As such, a well-coordinated conservation plan supported by well thought out communication strategy and plan for advocacy with policy makers, sensitization and skill development of wild life protection program personnel and creating mass awareness among the public are necessary for conservation of the Ganges River Dolphin in VGDS area.

The protection and conservation of Dolphin and Bio-Diversity at Bhagalpur VGDS effective communication strategy is needed to reach different stakeholders through appropriate media messages designed creatively for different media vehicles in English, Hindi and in local dialect. A well planned communication campaign rather than isolated communication / media inputs so that the efforts become more effective and worth the money spent.

Keeping in view the situation analysis of endangered Ganges River Dolphin, the challenges and concerns of its protection and conservation, a well thought out Action Plan is needed. Here are some suggested steps to be followed.

Short workshops can be organized for them supported by appropriate IEC materials/ media kits.

Prof. J. S. Yadav was Communication Consultant for the Project.