NEW DELHI: According to an estimate 240 million tonnes of food grains will be required to feed about 1.2 billion population in India and to achieve this milestone, a sizable quantity of mineral fertilizers will be required.

India is fourth largest user of chemical fertilizers (12.5 million tonnes of NPK nutrients) in the world. Its soils are still being depleted of their inherent nutrients reserve as a result of wide gap between addition and removal.

One tone of produce removes an average of 32kg nitrogen, 12kg phosphorus and 58 kg potash. The strategy for sustaining satisfactory yield levels envisages nutrient balance and efficient nutrient cycling. This can be successfully achieved through integrated use of mineral fertilizer,bulky organic manures, compost green manure, biological inoculants etc. It has now become possible to meet a large part of our total nitrogen demand through proper husbandry of biological nitrogen fixation by micro organism in crop production system.

Bio fertilizers are capable of providing an economically viable level for enhanced productivity. Estimates of nitrogen fixed by some legumes and micro organism given in table 1 and table2.

Table 1: Estimates of nitrogen fixed by some legumes.

They enhance availability of nutrients to plant or application to seed or soil and after an ecofriendly economically viable and social acceptable means to reducing chemical fertilizers. Biofertilizers are a boon for farmers because it aids in increasing soil fertility, improved soil quality and productivity by enhancing the granulation, porosity, water holding capacity, nutrient supply rate and activity of soil biota.

Some micro-organisms which help plant in nitrogen nutrition (Table-3) and biomass and population of micro- organism in soil given in Table-4.

Table 3: Some micro organisms which help plants in nitrogen nutrition.

Table 4: Biomass and population of micro organism in soil.

Various microorganisms and their association used in production of biofertilizers are given below:

(B) Azospirillum: Azospirillum root association have reported to improve crop yield in wheat, pearl millet, sorghum and several grasses. Different species of Azospirillum have been indentified for improving crop yield such as A. brasilence, A. lipoforum and A. amazonae. Besides nitrogen fixation, it is known to secret plant growth promoting substances, increase plant vigour and hence photosynthetic ability.

(D) Legume rhizobia: Amount of nitrogen fixed every year varies from 50 to 300kg per hectare. Rhizobium is also capable to modulating the non legume Parasponia of family ulmaceae. It is not entire restricted to leguminous host.

(E) Azolla: It is floating fresh water fern. Its nitrogen fixing ability is because of Anabaena as endosymbiont which is generally used as biological source of nitrogen in the cultivation of rice. A. pinnata is the most tolerant to temperature and most suited to India condition. Azolla fix 900kg N2 per year per hectare in association with BGA under fovourable condition.

(G) Blue green algae (BGA): Algae are typically the inhabitants of aquatic environment, soil surface and also found in association with fungi as lichens and plants as ferns and cycade. BGA is very much suitable nitrogen fixer for paddy fields. In addition to this, BGA also adds considerable biomass in the soils, which in turn liberate organic acid and other compounds having chelating properties and so help in converting insoluble form of phosphorus to soluble form.

Chemical fertilizers have temporary effect, while use of biofertilizers has permanent effect without any production problem. The cost is low for bio-fertilizers and its proper use does not only include a correct application of the inoculants to the seed soil, but is a eco-friendly endeavor. They do not disturb our ecological balance also.

The effective utilization of biofertilizers for crops will not only provide economic benefits to the farmers but also improve and maintain soil fertility. These bio-resources represent a great diversity in chemical, physical and biological characteristics.Though biofertilizers can not replace chemical fertilizers, but certainly are capable of reducing their input.

The response of application varies with various agro ecological conditions suggesting to evolve region specific quality biofertilizers. In view of assessing their potentials, this cheap and eco-friendly technology needs to be transferred to farmers. 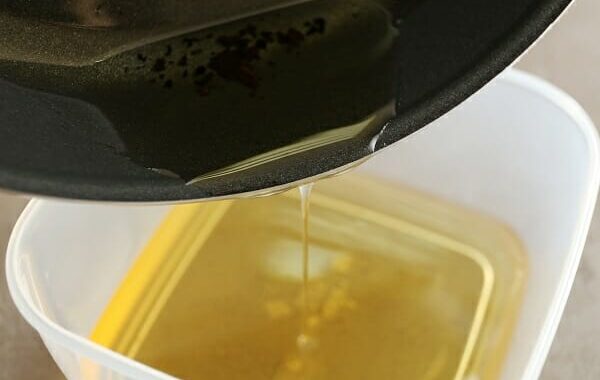 How To Choose The Right Cooking Oil